What is Organic Fruit? 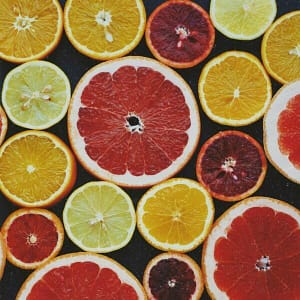 Buying Organic Fruit: What is the Difference Between Labels?

When looking for Organic Fruit nowadays, especially online, we often come across terms such as “Conventional,”  “Traditional,” “Organic,” “Certified Organic,” and “Grown Without Chemicals.” Other labels are showing up as well.

What is “Organic,” “Certified Organic” and “USDA Organic” Designation? 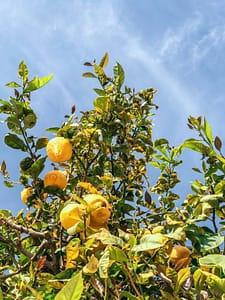 The National Organic Program (NOP) develops the rules and regulations for the production, handling, labeling, and enforcement of all USDA organic products.

The national standard states that organic food must be produced without the use of conventional pesticides, petroleum-based fertilizers, sewage-sludge-based fertilizers, herbicides, genetic engineerring (biotechnology), antibiotics, growth hormones, or irradiation.

Animals raised on an organic operation must meet animal health welfare standards, not be fed antibiotics or growth hormones, be fed 100% organic feed, and must be provided access to the outdoors.*

Land must have no prohibited substances applied to it for at least three years before the harvest of an organic crop.

To gain organic certification, a farmer (of cropland, pasture or livestock) submits an organic system plan to an accredited certifier each year. This documents how the farmer adheres to NOP standards.

All farms, ranches, and handling operations that display the “USDA Organic” seal must be certified organic by the state or by a private agency, accredited by the USDA, to ensure the NOP standards are followed.

Organic certification requires that organic produce is separated from “conventional” produce and protected from contact with prohibited substances at each level in the growing, harvesting, and distributing process.

Organic farms and processing facilities who want to be certified organic undergo annual inspections to verify that they are meeting the standards. Organic inspectors examine all elements of a farm operation for adherence to the standards and verify that the farm is being managed according to the farmer’s organic system plan.

Creating and updating this documentations costs the grower a lot of money and time. The grower who wants to be certified is also the one paying for a the inspector to come out and verify.

Not every organic farmer and grower chooses to pursue the paperwork and expense of becoming “Certified Organic.”

There are a lot of farmers and growers who are following organic practices but are not “Certified Organic.” Their products are organic, they just haven’t been certified organic.

This only means that the grower have chosen not to spend their valuable time and money to go through the bureaucracy of filling out a lot of paperwork every year and paying a designated third party to come and verify that they are indeed following all the best practices of organic agriculture.

Unfortunately the burden and the expense of proving that their products are indeed organic is on the shoulders of the grower. Many organic growers choose not to take on that extra expense. 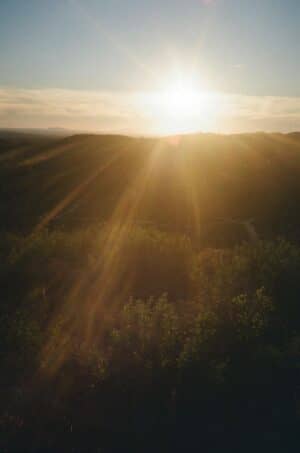 It seems that the odds are stacked against organic farmers.

Moreover, we as consumers have been conditioned to buy only perfect-looking artificial large and colorful food, which is not natural.

Organic farmers and growers who chose to sacrifice potential profits to grow food the way that benefits both the health of humans and the health of the planet  are also the ones who have to fight against the brainwashing by the huge industry of agricultural chemicals.

Instead of being protected and supported by society, organic farmers are the ones fighting for their right to exist.

Unfortunately, no, these are not good things.

“Conventional” and “traditional” designations when referring to agricultural products are not good. It is a trick, a marketing gimmick playing with your perceptions. The description of fruit as “conventional” or “traditional” does not have a formal definition and is not regulated in any way.

By the 1970s and 1980s the term “conventional” was increasingly used to identify, and to some extent characterize, agriculture and farming practices that could then be compared to organic. 1

In academic literature the term “conventional” is widely applied to a range of modern management systems and its exact meaning varies across studies.

At present, “conventional” agriculture is understood to mean any non-organic farming system.

Modern chemical-industrial agriculture is intentionally deceiving the consumer when they use terms “traditional” and “conventional” to describe food that has been sprayed with non-organic substances, chemically ripened or preserved, and injected with synthetic materials to increase shelf life.

The terms “Traditional” or “Conventional” when referring to groceries are really code words for “Unregulated,” “Industrialized,” and “Chemically-treated.”

Highly-funded marketing initiatives are playing with our perceptions of the words “conventional” and “traditional” as positive attributes. They are training us to believe that anything that is currently referred to as non-conventional (such as organic fruit grown under ecologically-friendly practices utilized by humans for millennia) as alternative, esoteric, new, and weird.

There is nothing traditional or conventional about “conventional” agriculture.

The reality is that the currently used nomenclature is exactly backwards. Relative to the length of time that humans have practiced agriculture, ‘conventional approaches’ (i.e. ‘industrial agriculture’ involving the use of chemicals and synthetic fertilizers) are very new.  Organic agriculture is what is traditional and conventional, while modern chemical-industrial agriculture has been introduced less than 150 years ago and became commercialized and popularized only after WWII.

An article published in Global Food Security Journal in March of 2020 states:

“Specifically, the discursive construction of conventional agriculture as a uniform normative enterprise is intellectually dishonest, and will do nothing to further the cause of more sustainable agriculture, greater food security or improved soil health.” 1

What is the Difference between Organic Fruit and “Conventional” Fruit?

When buying “conventional” fruit you have no idea what is in it, how it was grown, what it was sprayed with.

In a nutshell, when you buy “Conventional” fruit, there is no traceability, documentation, or paperwork that accompanies it.

Most growers partner with large packing houses to distribute their fruit to supermarkets and restaurants all over the world. When packing houses come to collect the fruit from the grower (assuming no organic certification is being claimed), they do not ask for any documentation to ensure the fruit was cultivated in a safe manner.

This means there is a lot of financial motivation for the profit-oriented growers to spray anything and everything to make the fruit look big and perfect, often sacrificing nutritional value of the fruit and the health of the surrounding ecosystem.

There is nothing wrong with a farm choosing to not pursue organic agriculture for a variety of reasons. It might not make logical, practical, or economic sense for that particular farm growing a certain product in a specific location.

Majority of growers are responsible and ethical. Unfortunately, many of the farming operations are becoming corporate and purely profit-driven at the expense of the environment and health of the farmers and consumers.

When the farm is operated with profits as the primary goal, there is  motivation to incorporate any agricultural practices that make the fruit look bigger and prettier, as opposed to healthier or more nutritional.

What does “Grown Without Chemicals” Mean?

Unfortunately, the cost of organic certification became a barrier for many small farmers and limited their ability to sell to larger distribution channels such as supermarkets which require a formal certification in order to label the produce organic and sell it at a premium price.

Often small farms decide not to pursue Organic Certification because it is cost-prohibitive for them but still want to distinguish themselves from chemically-treated industrial agriculture.

Looking for Organic or Grown Without Chemicals designation on the fruit you buy is the only way to ensure accountability on how it was cultivated.

With the “Organic,” “Certified Organic,” “Grown Without Chemicals” or similar label comes reassurance that no prohibited substances were applied to the fruit, the trees, the soil, and the surrounding area for at least three years before the harvest of the crop.

While organic farms may produce lower yields when compared to conventional agriculture, and might not produce organic fruit as big or as pretty-looking as the chemically-treated options, organic agriculture delivers environmental benefits, and is healthier in terms of increased nutritional benefits and reduced pesticide exposure.

Our position at Zava Ranch is that all who can afford to purchase or grow organic fruit should do so for the benefit of themselves, their family, and the planet.

Is All Organic Fruit Created Equal?

Even though there are definitions and government regulations on what can be called “Organic Fruit” compared to unregulated “Conventional Fruit” designation, not all organic fruit is created equal.

There is a big difference in organic fruit grown by small farmers and by large agribusiness corporations.

The organic fruit that is grown by small farmers is almost “artisanal,” with farmers following their hearts and relying on familiarity with the land and age-old farm technologies that lost favor when commercial pesticides and fertilizers became widely available. It is a labor of love, making a profit is secondary. Otherwise, these farmers would be pursuing “conventional agriculture” approach which is generally believed to be more lucrative.

Because agribusiness is purely profit-oriented and run by businessmen looking at spreadsheets rather than farmers working and living on the land, agribusiness generally does the minimum necessary to get the organic certification. It uses allowable chemicals in order to get the organic label but otherwise relies on industrial mode of agriculture which avoids the more costly sustainable agronomic practices.

Agribusinesses are able to operate on large parcels and use mechanized production that resembles conventional farming. This because only the inputs (the allowable materials or chemicals that go into the production of organic food) are regulated for certification, but not the industrial processes.

Supermarkets are most likely to buy from large agribusinesses because they can utilize their conventional distribution connections and systems. This leaves small farmers who are growing intrinsically and truly organic produce to be limited to reaching customers at farmers’ markets, subscription boxes, and direct arrangements with restaurants and consumers.

There is No Right or Wrong Answer:

Everyone makes a choice based on what they are comfortable with: organic fruit or conventional, certified or uncertified, supermarket or farmers market, small farmer or famous large corporation brand name, local or imported.  There are pros and cons for each choice.

At Zava Ranch, our goal is to ensure that an informed decision is made. We are hoping that we have provided the information that clarifies what exactly is organic fruit and how it differs from its “conventional” look-alike.

Many publications in scientific journals claim that there is no convincing proof or evidence that organic fruit grown by small farmers actually tastes better or has more nutritional and health benefits compared to “conventionally-grown” fruit from the supermarket. The falsehood of these findings is obvious to anyone who ever sampled organic fruit at the farmer’s market or grown their own.

Learn more about what organic means to us (coming soon).

What are your thoughts, experiences, and challenges with growing or sourcing Organic Fruit?

We would love to hear from you.

You have the power to heal the world.

Every time you choose organic, you vote for clean air and water, nutritious food, and resilient soil.